Want to Work With Us?

Go to Shop
Our Cafe

What is the most popular type of coffee?

What is the most popular type of coffee? We Melburnians are coffee connoisseurs (sometimes snobs).  We are so used to having espresso-based coffee that most of us, if offered, will pass on instant coffee and instead seek an alternative if espresso is not available.

There are many ways espresso is served.

And Magics, Dirty Chais and Macchiatos all have their place. But in cafes and homes around Melbourne, what type of espresso do we most prefer?

Cafe Latte – the most popular type of coffee

The front runner as most ordered coffee remains the cafe latte. Traditionally the cafe latte is espresso mixed with steamed milk. In English, a cafe latte has become so commonly referred to as simply a “ latte” that it is now listed in dictionaries and encyclopaedias worldwide as just that – a latte.

The second most popular type of coffee is the cappuccino. Those who order it are more likely to be sweet-tooths and revel in the layer of chocolate powder sprinkled on top, like the icing on a cake.

The third most popular coffee ordered in cafes is the reliable flat white.  This no-nonsense coffee remains a favourite with the drinker usually being less interested in the froth and latte art, and more interested in getting more of the coffee. Australia is attributed with having given the flat white it’s moniker although it’s likely the flat white was being made under a different name in other countries as well.

The most popular type of milk

So what type of milk are we putting in our coffees? Regular or cow’s milk remains the most asked for milk in cafes. This includes full-cream or low-fat (skinny or skim).

Making increasing gains on cow’s milk is almond milk. Almond milk has a sweet, smooth texture and flavour and when steamed, froths similarly to cow’s milk. Soy milk is also a popular request by coffee drinkers.

Other milks now widely available in cafes include lactose-free and coconut.

In dog coffees, I’ve only had one!

History of the most popular type of Coffee

It became popular in the 1950’s. As global migration ramped up post-World War II, the Italian communities brought their dietary culture with them – and espresso became a firm favourite wherever it landed. It is easy to imagine displaced peoples, missing their homeland and unable to fluently express themselves in unfamiliar languages, gaining comfort from their well-known coffee.

The next time you are in enjoying your coffee, whether it is the most popular type of coffee or not, think about these fun facts: espresso machines apply 60 kilograms per square pressure to extract the coffee. And 50 coffee beans make 1 shot of the espresso in your cup!

Why do cafes fail? 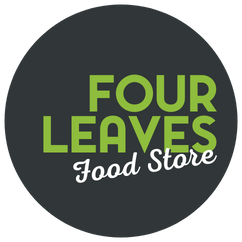